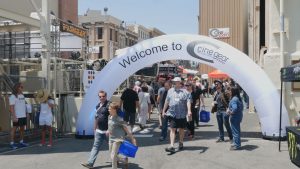 This time I went to Cine Gear 2017 at the Paramount Studios to report for Person-View.com again. Here are some of my reports for the YouTube channel. Please subscribe to the channel as that is where my reporting is being done. 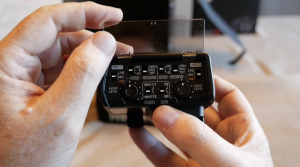 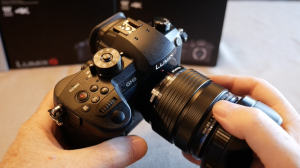 The camera has arrived. The Lumix GH5 is here. Panasonic has pulled out all the stops on this one. They did not hold back. They did give us the farm. This is the camera that has changed the independent filmmakers dream. At $2000 it is not a cheap camera but thousands less than the competition.

This the first still hybrid camera that is a true video (motion picture) camera. It can record as long as you want with a long lasting battery. There are two SD card slots so relay recording (swap cards out while recording) can be done. It has XLR audio with an optional adapter than is powered by the camera with no cables. It Does Not Overheat! It is whether sealed (I don't know of any video cameras that are). All manual controls for every aspect of the camera. White balance, ISO (DB), shutter (angle), audio, frame rate and image size up to 4K video.

There are things that new as well. In body image stabilization is long overdue. Now any lens mounted on the camera can be stabilized even all manual lenses. The 4K mov files can be recorded at 60 frames per second for slow motion. The 4K and can now be recorded with 10bit 422 color. (Right now does play well on my MacBook Pro Touch Bar so I have transcoded it to ProRes.) XLR adapter for audio. Waveform and vectorscope displays on the free angle LCD.

We will be testing and using this camera so check FrugalFilmmakers.com for more videos. Coming soon are tests of the audio adapter, the Menus and more!

Here is the introduction. 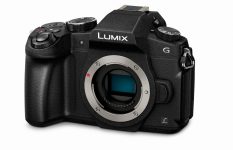 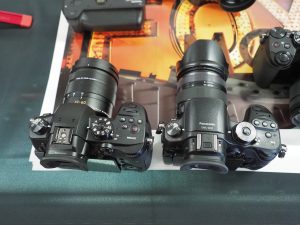 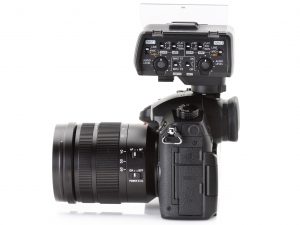