There comes a time when a lens can define a camera system.  The Panasonic 25mm Leica DG Summilux ƒ/1.4 is one of those lenses.  The other lens that defines greatness in the micro four thirds system is the excellent Panasonic G 7-14mm  f/4.  Micro four thirds has some excellent lenses. In fact as a whole I would put up most of the lenses for micro four thirds against other formats like full frame 35mm and these small lenses would be considered above average.  They are well made, sharp corner to corner, contrasty and cost effective. 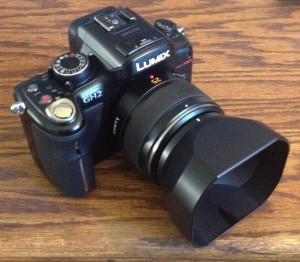 Back to the Pan Leica 25mm.  Before zoom lenses, when I started in photography 35mm SLRs and rangefinders had a 50mm lens that was considered a “normal”.  The view from it was considered normal perspective.  What the eye sees.  That is what the 25mm is to the four thirds format because the sensor on a four thirds camera is 1/2 the size of a full frame 35mm camera sensor.  The aperture on the lenses ranged from f/0.95 to 3.5, with f/1.4 considered a fast lens.  A good compromise between speed and affordability.  The 1.4 aperture allows low light photography as well as low depth of field.  On most lenses you want as fast aperture because the best sharpness is about 2 stops down from the maximum. I have found this not to be true with this lens.  It is very sharp wide open and has a lovely out of focus look. 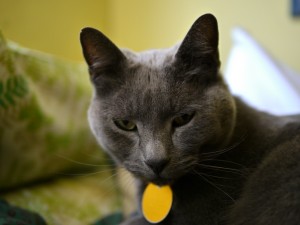 There have been complaints that the aperture is quite noisy and this is true but I have not had any problems during video.  I usually don't change once I have started shooting.  I use Auto ISO if necessary for exposure changes since most automatic lenses do not change aperture smoothly.  The focus is by the wire like on most four thirds lenses.  This does not bother me because I don't use a follow focus unit and just turn the ring watching the image.  The GH2 viewfinder is sharp enough to see it pop into focus.  I also like the focus by wire because on four thirds cameras as there is an option to focus manually after auto focus like the Full Time manual focus on other camera systems specific individual lenses.  This works on all focus by wire four thirds lenses.  The focus is very quiet.  It has worked very well on the GH2 and an AF100 video camera.

The lens is very light in weight because of the plastic lens barrel, but it seems sturdy enough.  It has a metal lens mount which attaches firmly on the camera.

One of the more strange design items is the included lens shade.  It bayonets on but can not be reversed for storage.  The lens with the shade is not that large so I just put it attached in my Tamrac Velocity 7 sling camera bag.  Panasonic includes a pinch lens cap so I can leave the shade on.

Here is a video edited with FCPX shot with this lens.  The lens was used for the shot in the entrance hallway and the laundry room.  The other lens used is the Panasonic G 7-14mm  f/4.