I was also interviewed by FreshDV. The interview was at the Final Cut SuperMeet. Go to FreshDV to see the whole story. 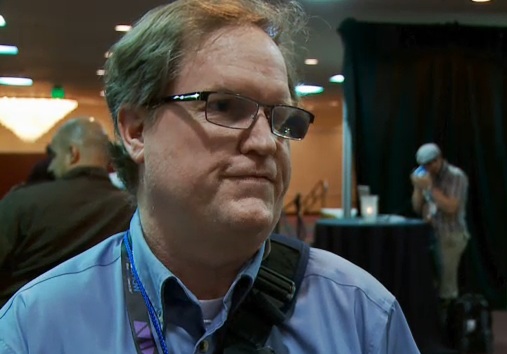 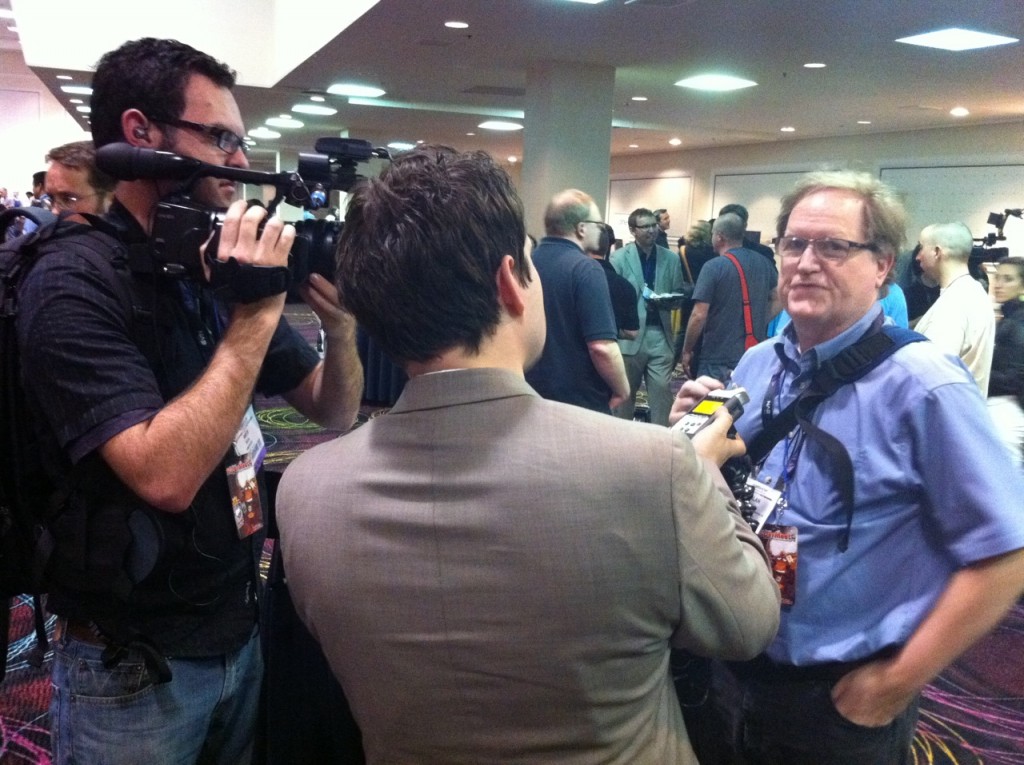 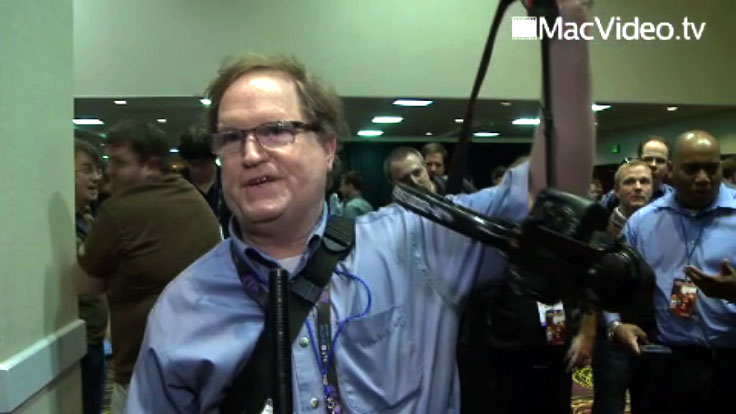 Rick Young of MacVideo.TV interviewed me at the Final Cut SuperMeet after the announcement of Final Cut X. I am in the second video. Go to his MacVideo.TV to see the Interview. It was great meeting Rick at the show and MacVideo.TV has great information about shooting video. I am holding the rig I used to interview people at their booths. (My rig consisted of a Cam Caddie Scorpion, a Hoodloupe 3.0 with a Hoodstrap and an Audio-technica ATR55 Telemike plugged directly in to my Canon 60D.) ProVideoCoalition claims to have heard rumors that Apple is planning to use the Final Cut Pro User Group SuperMeet to announce the next version of Final Cut Pro.

Philip Bloom just confirmed with me that Canon has canceled his appearance at the Supermeet. Canon was told last night that Apple has demanded ALL lecturn or stage time exclusively. Some sponsors who were not using presenters may continue to sponsor the Vegas event, but none of them will be presenting on the stage.

The post goes on to talk about other sponsors including Avid that have had their sponsorship canceled for the event.

Apple has been known to be prepping a new version of Final Cut Pro and according to early reports the changes were described as “dramatic and ambitious”. While the SuperMeet seems a strange venue for Apple to announce a new product, Apple has been taking a somewhat unusual approach to promoting and previewing this product.

Earlier this year, Apple invited individuals including Final Cut Pro author Larry Jordon to a hands on. Jordan describes what he can of the preview meeting: “I've Seen The New Version of Final Cut Pro… and it's a jaw-dropper. Last week, Apple invited a few folks, including me, to a short meeting in Cupertino where they previewed the up-coming version of Final Cut Pro. While I am under NDA and cant talk about what I saw, I CAN tell you the meeting happened and that it showcased the new Final Cut Pro. While the invited crowd was small, it was a Who's Who of leaders in the post-production community. I felt like I was standing on the red carpet at an awards show, watching all the stars walk past.”