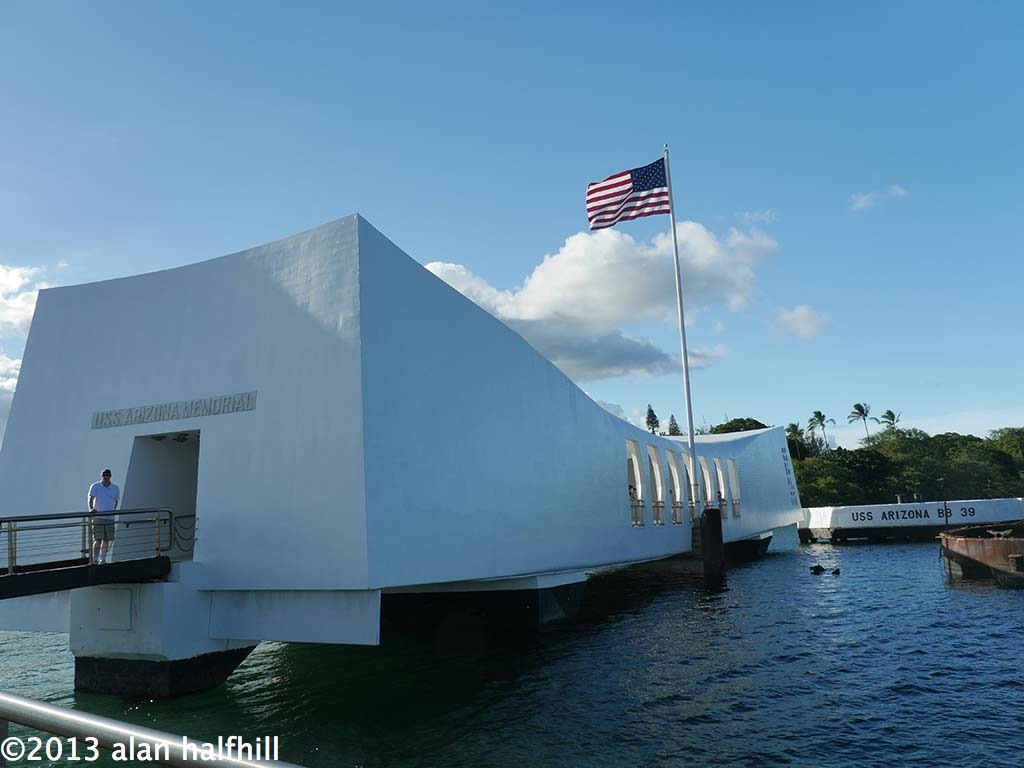 On this day of remembrance of the lives lost in Pearl Harbor I have a story to tell.  As part of the coverage for AFL China was our visit to Honolulu for the first of 2 games being played by the AFL All-Stars.  In preparations for the game on Dec 2nd in Honolulu, we traveled to historic sites. One of them being the Arizona Memorial in Pearl Harbor.  A shot done with my GH3 was used in the video that evening.

First of all I must warn you it is not as easy one might think to shoot there.  When trying to enter the Memorial Site staging area on land before the boat takes you out to the actual memorial on the bay, the park ranger said that no backpacks (camera bags) were allowed on the grounds.  So I had to take my bag back to the car.  I put my extra lenses in my pants pocket.  Shooting Micro Four Thirds has it's advantages.  The lenses are small enough to do so.  Try that with a C or N 70-200mm.

We were asked not to shoot video at the memorial and in respect to memorial I did not shoot any video at the site on the bay but did shoot from the boat going from it.

Here is the video used that evening at the AFL China site.  For Lou's standup for the video we used my F&V R-300 LED ring lights, my GH3 and my new Manfrotto MVH500A tripod.