The Death of the HDSLR has been Exaggerated 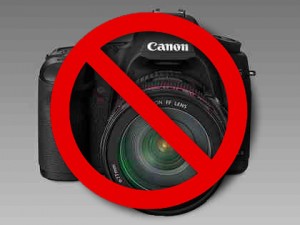 Recent articles on the Death of the HDSLR seem to missing the point. By the way, the HDSLR revolution started 3 years ago with the Nikon D90 and Canon 5D Mark II.

Michael Murie wrote The death of DSLRs over at his Notes On Video blog. He writes about 3 video groups. “The DSLR community seems to be splintering intro three groups: those who are moving on, those who see it as continuing to be a viable – though limited – tool, and those that are mounting the ramparts in its defense.”

The first group did not want HDSLRS to begin with. They have the resources to afford what ever they want. They wanted large sensor video cameras.

The second group is always looking for a way of doing things better but not necessarily with cost in mind. This was the group that put up with expensive lens adapters on small sensor video cameras.

The assumption is that now that we have video cameras (the Sony PMW-F3, the Sony NEX-FS100, and the Panasonic AG-AF100) that shoot large sensor video, why use HDSLRs. Also, new external recorders record in higher bitrate formats than H264. Yes, these new cameras shoot great large sensor video with the convenience of a video camera, but HDSLR cameras have their advantages as well. (Some of us never did like the design and ergonomics of the video camera, especially inexpensive ones.) So I guess this article is in the third group, the defenders. Well, we are FrugalFilmmakers.

Some of the main reasons why we like HDSLRS is: small size, Price, great lenses that don't cost am arm and a leg, beautiful video, adaptability, image stabilization and of course they are a great still camera as well. They are also the cause of the greatest democratization of filmmaking ever created. Anybody with a good story can now tell that story without a lot of money. All of the video cameras are over 6000 dollars buy the time you buy what's needed to shoot with just the camera.

You don't need to buy into the argument that HDSLRs need all this extra gear to make them good filmmaking cameras. They do have their limitations, but then most cameras do. Either you live with them or buy something else. Not all cameras are for all shooters. I remember years ago looking through the viewfinder of my Nikon F3 film still camera, thinking it would be great to have the image in motion recorded with the camera. Well, now I have it. Will I still use video cameras, sure. My JVC HM-100 sits on the shelf most of the time now because it like the image I get off of my Canon 60D and my clients want the better image.

It comes down to what is best for you and what your clients are willing to pay for. Also it is learning how to use you gear to it's best advantage. Do I wish they would improve the HDSLR, Yes. Come on manufactures bring it on.

Another article Is The DSLR Dead? by Scott Macaulay from the Filmmaker Magazine writes “I ordered the much sought-after Panasonic GH2 camera in February, and I just got it last week. And now, only a few days later, the DSLR is declared dead!” He concludes, “…then go make a movie… on whatever camera you have.”

I want to mention one other reason: HDSLRS ARE FUN.

Postscript:
Talking to a friend of mine. He did a shoot and had audio problems. Another lost footage because of a bad SD card. Well, you have to treat HDSLRs with more effort than video cameras. They many look easier, but they are not. HDSLRs are not for the light hearted. They Do Not Behave Like A Regular Video Camera. Don't treat them as such. You must know your camera well and the other components well before going on a paid shoot. They do create wonderful images for a lot less, but Know Their Limitations. If you have not used one for audio, use double system until you are confident in recording with in camera audio. Check your media before going on a shoot. We have seen wonderful videos shot with HDSLRs by experienced shooters. The best thing you can do is Practice With Your Gear and then more practice. Become experienced.