The GH4 does a Parade 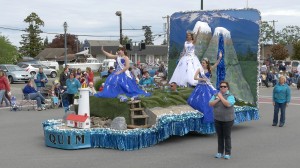